The Hygge collection one of the cardigans

I am a great cardigan fan.

Cardigans are useful to hang over the back of your sewing chair. They are handy when the dog decides to do an extra 3:00 am pee and you have to put on something over a night gown and stand in the dark, look at the stars and say "go pee, come on go pee" for a good 15 minutes. Cardigans are useful and comforting. This winter I think they are going to be the anchor players of my hygge wardrobe.

Here is one I made this week. 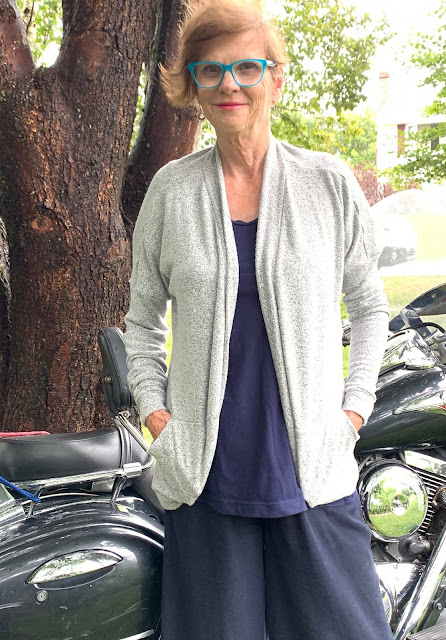 I styled this in the old T shirt and culottes I wore to clean the bathtub, just before this, yet another motorcycle shot, was taken. The random hair is due to a thyroid condition that has been unstable lately, but not much I can do about that. The fabric is a bamboo french terry that feels like this: 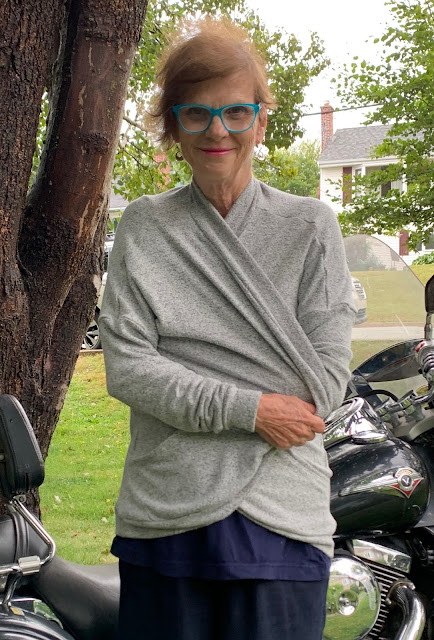 The pattern I used was this old standby from Patterns4pirates It is a cocoon cardigan obviously, but the fronts, unlike many cocoons, meets generously at centre front which is useful if you want to wrap it around yourself like I did here. It has front patch pockets big enough for a cell phone on one side and a dog leash on the other. 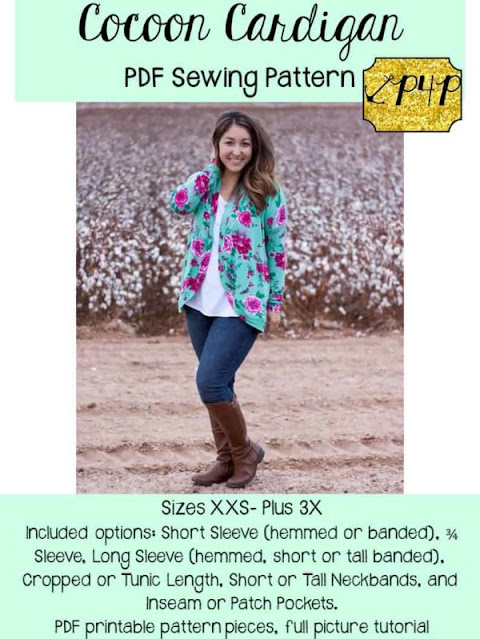 As a sew it is an extremely simple pattern. There is a back and two fronts and a giant band that goes all the way around. This band can be narrow or wide. In either case it is hard to get the bands not to fold in a bit around the curves so I actually prefer a wider band as it turns this into a sort of shawl collar. I did the narrow band here but the next version which I will post in the next day or so is with the wider bands.

Here is a shot that shows, sort of, what the inside looks like: 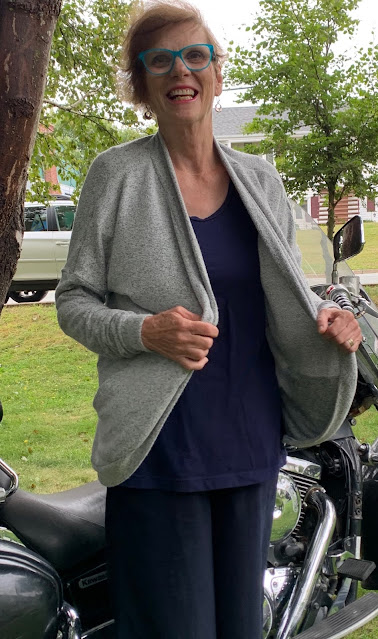 The serging that attaches the bands can show a bit when the cardigan opens up, so on the next version I actually hand stitched down the band on that one.

Since I made this cardigan I have put it on at some point in the day, every day. We all need to sew more clothes like that. And I will.