On muscle memory and dealing with my ambitions 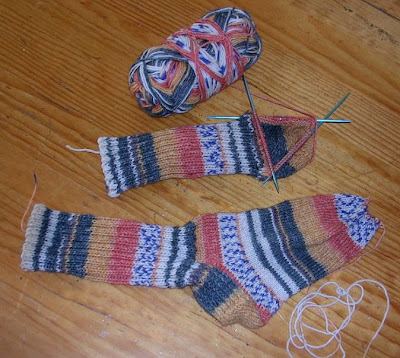 I was reading some random article that was really about something else this week about muscle memory. The quick and too-simple explanation of this from what I understood, was that once you do something enough your brain builds little default messages to your muscles so you can do things without having to think about them when you do them. This is why our mouths know how to move to say words without having to think about it every time we speak (and this explains why when you try to pronounce a word in a foreign language it feels like you can't force your own mouth to do it even thought a two year old in that country can do it so well. It also explains why we have accents in other languages - our old English speaking muscle memories get in the way and don't give up). Which explains why sometimes it may seem as if it is too hard to learn new things, too much training gets in the way and all that new muscle teaching hurts. That's the down side and why older people can both be so set in their ways and also, as the flip side, can have a facility with something they have done all their lives that it just takes your breath away. Think of a group of over 75 church ladies working the kitchen, or watching a grandmother crochet. Or me threading a sewing machine.
Now the part that really interests me about this though was the possibility that it is possible at any stage to build new little neuron pathways in your brain to build new muscle memory. Improvements are good and the new piece for me was that if I struggle to learn something new, it's just because I have so many super duper muscle memories already built in that the new stuff is going to take time to push that all over and fit in some new pathways.
Don't you love what I can do with science?
All of this made me decide to stick with new skill learning and not to get frustrated if it was a lot of work.
Which brings me of course to my sock knitting. I have just decided I am going to learn to knit socks. As has been previously identified I am very interested in doing things for my family and the way I see it everyone has feet and socks aren't a sometimes thing, they are an everyday thing, and a person who would be knitting good socks would be doing something useful. (If anyone else out there grew up on the Canadian prairies you will understand without my explaining why usefulness is in there deeper than even muscle memory - it's almost prenatal where I come from).
The only problem with this of course is that I don't knit, not really.
So here illustrated are my first almost finished DH socks. Parts of these socks have been ripped out and reknitted so often that the stitches in place are almost fluffy with fraying, the cuff of one is also sort of coffee coloured because I was so involved in trying to reknit the heel on one (I can't remember if DH has pointy heels, I hope so) that I threw the other one onto the bedside table where it landed, cuff first, in a cold cup of coffee.
The only thing that is keeping me going (apart from the fact that the process is kind of interesting) is my memory, mental not muscle, of how it was when I learned to sew about 45 years ago. I remember an awful lot of failures and weird outfits (I could write a how-not-to dress book) for decades really but somehow I kept at it (I think because I really love fabric) and eventually things started to turn out. Often.
My assumption is that my next pair of socks will be better. Or maybe that will be a the pair after this one. I only seem to be able to absorb one improvement at a time.
What I have learned this far is that having the right number of stitches on the needles and keeping the exact specific number of stitches on the needles that they tell you too really matters.
A lot.
Unlike sewing where you can always make up fixes or at least hope it will look better when it's ironed, knitting is pretty precise.
Now I wonder if my brain can grow those channels.
Posted by Barbara at 4:55 PM 5 comments:

Email ThisBlogThis!Share to TwitterShare to FacebookShare to Pinterest
Labels: socks

I just re-read what I wrote this morning and wondered if I should take it down. That silverware story when I see it in print really embarrasses me. But maybe I should leave it as it is to remind myself what a dingbat I can be.
Who knew that when your kids grew up you had to do it too?
About time, I think, about time.
Posted by Barbara at 4:01 PM 2 comments:

On A line skirts and silverware 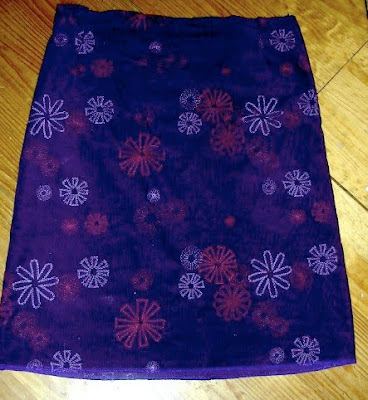