I have been so busy this last week. Tomorrow I am going to be posting some pictures promise.

A lot of new ideas and projects on my mind right now and a sewing table piled high with cut out garments.

More on all of this as the week unrolls.

Right now though I am thinking that one of those shifts in fashion is about to occur.

You know how it goes.

Just when you get your head adjusted to a certain look, to the point it seems normal, like say long tops with skinny jeans and leggings, just when you have everything oriented more or less to those proportions, and this would be including your head, they do a 180 in fashion.

Now of course it is perfectly reasonable to say you will avoid all of this and stick to classics.

This is fine if you never spill anything, like say coffee when you laugh. Or spaghetti sauce because you are standing at the counter in with your coat half off and someone says taste it and you are starving. If you never are that person then you can dress entirely in white shirts.

Or if you the size of a minute. And can walk by bush without getting snagged, and have never caught your watch in anything, then you can wear a lot of tweed Chanel jackets every day.

If you are that person then definitely you should stick to classics.

Except of course button-up shirt dresses.

I defy anyone to wear these at all without getting the buttons caught in the handles of drawers, or if you are tall and your stomach sticks out (just saying) doorknobs, and rip them open every time.

Yes you can avoid the whole fashion thing with classics.

Or you can go creative which is a comfortable option except for the part where your daughter says "you're not wearing that!" or your husband asks "What is that supposed to be?" which isn't really a great start to your own career as an independent dresser, although better than shirt dresses.

And really even if you are creative, a position I endorse, you really want to show some sense that you know what year it is too.

This matters if you have decided you don't necessarily want to be like my brother-in-law, lovely man, great sense of humour, who has worn the same aviator glasses frames since they were invented sometime when we were all still in school, which would be quite some time before he became a grandfather.

Which leads me to what I see from my haute couture position in a Nova Scotia bungalow as fashion's early warning indicator.

I am talking about pants.

A blouse is a blouse.

No carbon dating possible there, but pant styles are a dead give away.

It is my own personal theory that pants fashions are the first sign that things are really about to change, that the old weathervane of what we wear sort of starts spinning.

The news, folks, as I figure it, is there is a corner appearing on our little sewing street.

When we turn it:

Pants are going back up to and past the waist.

Tops are going to get more fitted and shorter. Ladies are we going to start tucking in again?

Pant and tops are related in this change thing because of the universal truth and great rule of life which is that if one half of your body is narrow the other half needs to be wider.

And vice versa, or as they say around here, the other way around.

My prediction is everything we now wear is going to start to look dated, if we fight it or not.

I present my case. 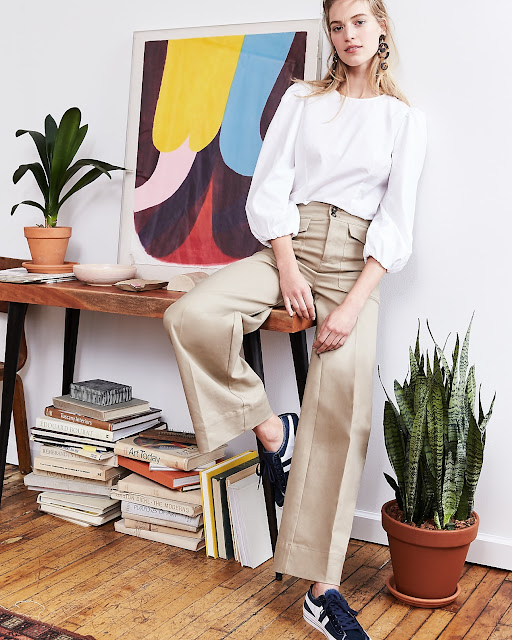 And then there's these patterns.

The cult like Lander pants which everyone is making if they can figure out how to make them fit or not: 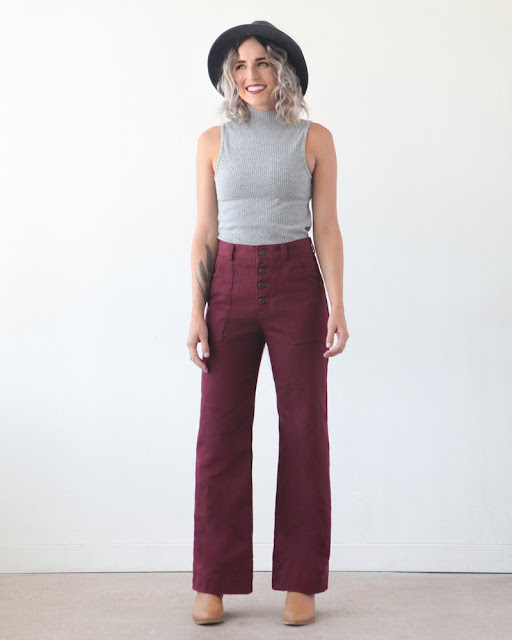 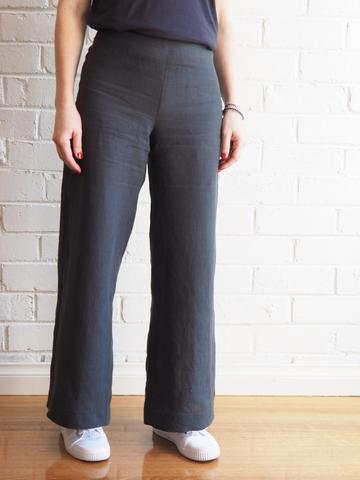 And Stylearc's Fifi, which has a flat front and an elastic back: 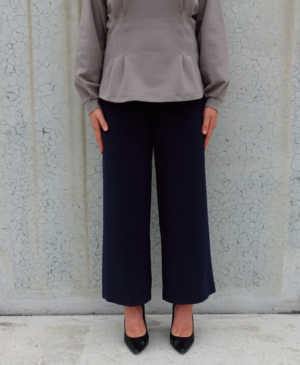 There really is a change happening here.

This week my daughter out of the blue said to me she would love some trendy new jeans - you know the ones that came to your waist, loose at the hips and narrowing at the ankle.

I nearly choked on my coffee, good thing I wasn't wearing a white shirt, but was gracious enough to point out these were the same mom jeans she told me when she was a teenager was never going to wear in her own life.

But it wonder now if I will ever be wearing, or making something like these Guise pants from Papercut: 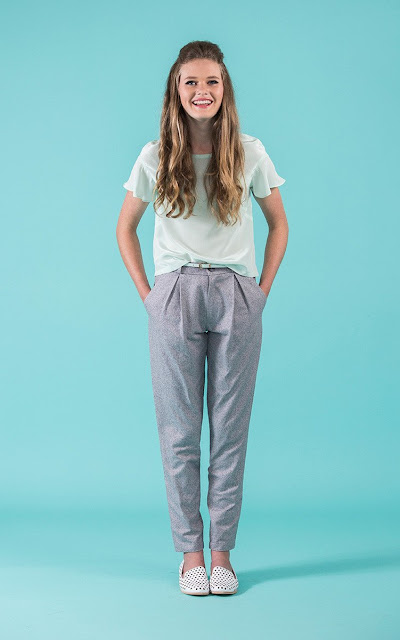 So many important things to think about.

Right now I think I had better call my next younger sister to tell her the '80s are on the way back. We sort of ruled the 80s as I remember. We owned the curling iron bang flip.

Must check if her button earring collection is still intact.