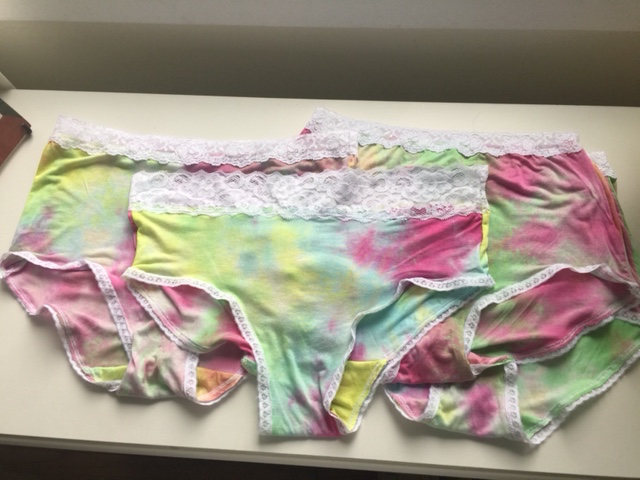 Subtitle: just when you thought you had seen it all.

I have taken care of the kids most of the week, plus two drop-ins from next door. It has been a fun and funny week and one that reminded me of the realities of being a mother of young children. More on that later. My daughter says these guys are ready to go back to school and I thought this was hard hearted, childhood being short etc., by I am here to report she might be right.

By the time I sent them all off every evening I was in sore need of some therapeutic sewing to gather my forces for the next day but not up to say starting a winter tailoring project or drafting a bodice.

I needed to just fool around at my machine with small pieces of fabric and limited ambition.

So I decided to do some practical sewing and to revisit a few patterns.

One of those patterns was this one from Jalie 2568 for underwear: 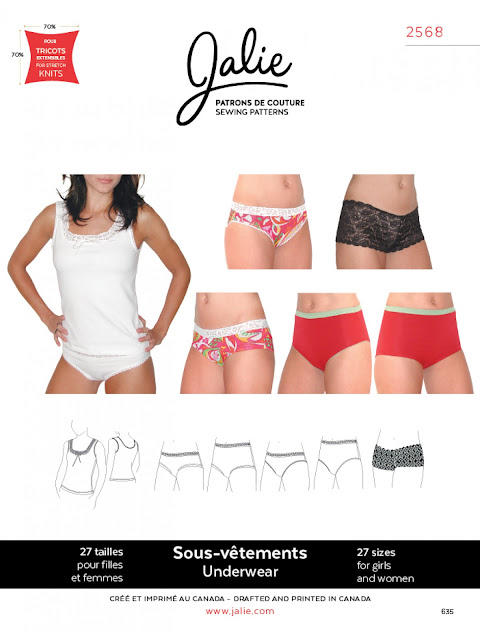 The underpants have two leg openings higher cut and what Jalie calls hipster, (although in French these are called culottesde garçonne, literally a female version of boy's underwear - what you might be familiar with as boy cut).

After making all versions I have settled on the front of the higher cut, because I don't like anything tight at the top of my leg and the back from the hipster/boy cut for coverage - and the higher waist too.

With all this experimenting I grabbed a very stretchy rayon knit I had picked up at some point in a tie dye, thinking the kids might like a T shirt at some point, and the next thing you know I have four pairs of comfortable tie dye underpants. To finish both the top and the legs I just stitched on some stretch lace because it was light. Past experience with the turned and stitched elastic edges on underpants is that it can be a bit stiff and too tight around the leg.

Now that's about all anyone can say about this project, except that I had fun making these and will be making more, although maybe not tie dye.

Now onto a few flypaper thoughts that sum up the week: