I am trying to reduce the winter footprint as much as I can in my life.

Going down south and working remotely for three months a year sure has been a help in that campaign.

The fact is though that fall and winter still happen and happen even to me.

So the thought of fall/winter sewing is crossing my mind a bit these days.

Ponte is a fabric for that season.

I am sure you think those thoughts too.

For those of you in a planning mode here are some inspiration ideas from Simply Bella boutique in San Francisco. 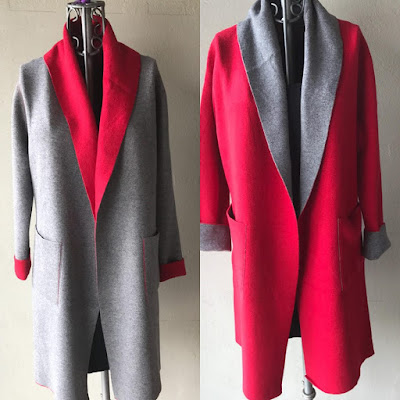 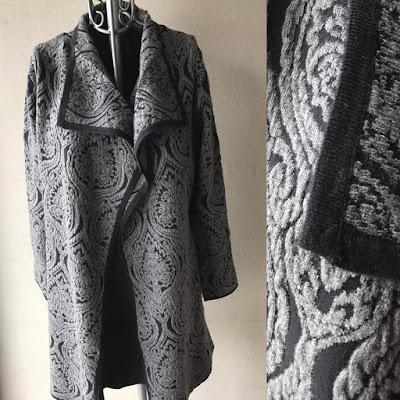 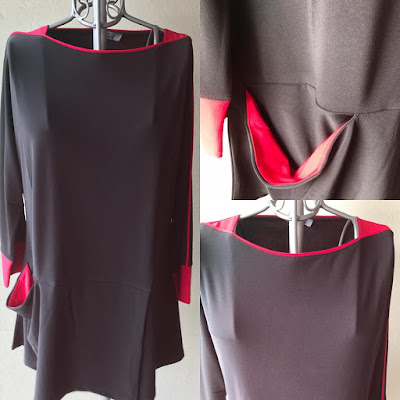 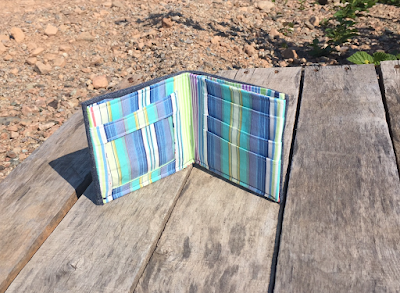 I am spending this week in Cape Breton with my husband who has a project out of Cheticamp . He has been doing this project for two summers now, although he is home and on the weekends, is getting a little road weary.

So I decided to come up and stay in the RV to keep him company in the evenings, and of course to walk my some cute petit chien and sew.

Since this was a last minute decision I packed only basic supplies, odd fabric, my Bernina Minamatic 807, which sews through everything, and a few bag patterns that I had bought and never used.

I felt isolation would force me to do something new. I am a garment sewer, or sewist as I am supposed to say.

Whenever I attempt something out of garments it does not go well.

There was the time I was a smocking school drop-out and the time my expert quilter sister and I attempted to jointly make a quilt for our parents - and she sent my half of the squares back.

I am pretty used to fronts and backs, and facings, sleeves and darts. I recognize these things and have been working with them since I was eight.

However there are such as thing as ruts and even when they are comfortable they can still be ruts and that's not something you want to self-identify as is it? Yourself as a rut stuck person?

So I got this idea in my head that I should try making bags since I am noticing some amazingly professional bags out there being made by home sewers - a far cry from the tote bag patterns that were all that was around for say the last 60 years.

I started with a wallet.

My husband lost his over the weekend despite both he and I supposed to be paying attention. He needed a new one. I volunteered on the spur of the moment to make one, and here is how that went.

First I used this pattern from Mrs. H in the UK. I downloaded the pattern a while ago and have noticed that there is also now a free add-on for a zipper pocket addition that I think would be very much worth doing.

I dug around in my scrap box and cut apart some packaging I found in the RV for an identity card window (not ideal but all I could figure out) and used some random heavy duty interfacing that I picked up in a bargain bin in Winnipeg.

What I am getting at here is that this was prototype more than a perfect product. 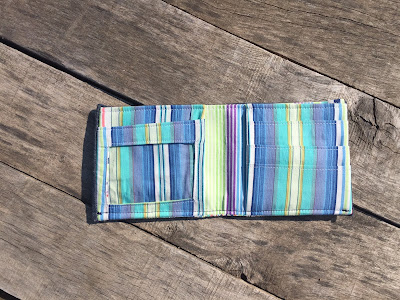 I learned a few things making this wallet as a garment maker: 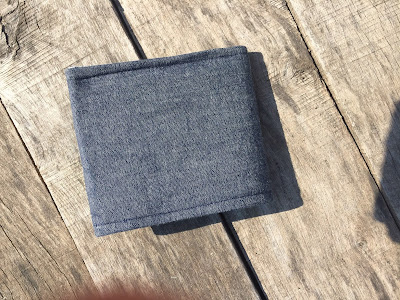 Finally I enjoyed making something right outside my comfort zone. In fact have cut out a little bag for myself today, took most of the day to cut and fuse, but I am excited to see how it goes tomorrow. This one even has a turn lock.

Now tell me what new things have you tried and how did you find that experience?

A while ago I bought a Singer Rocketeer because I wanted to dedicated machine for a Singer buttonhole attachment which, in my opinion, make the most beautiful buttonholes.

I found the machine listed on Kijii (Canadian Craigslist) and found it set up on a table in a random backyard. Not sure what the story was but this machine was about as dirty as a machine could be. Like it had been buried alive years ago down a mineshaft of lint and black oil.

Folks who don't know any better often use any old oil on machines, not the fine clear proper sewing machine oil, and it gums up and thickens up and gathers fabric lint and turns it to concrete.

However I figured, well why not, I paid $50 for it and the light did turn on.

Since then the little girls have been attacking it with Q tips for me and I have been working with a degreaser (if you are in the US and can order it the best stuff is called Bluecreeper).

Yesterday with my first day off from family obligations in a while I had a to-do list as long as your arm and a pile of UFO's about that high too.

So of course I took the Rocketeer out to the picnic table in my own backyard and finished cleaning her off instead.

This machine was made in St. Jean Quebec (that makes it a 500J) in a time that the factory was a real going concern: 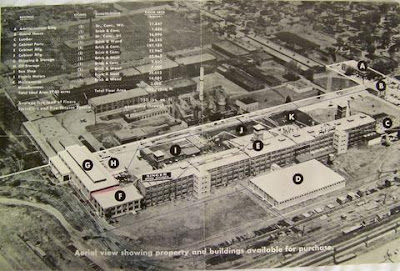 Hard to believe now that the manufacture of sewing machines was once a huge industrial endeavour.

The Rocketeer was of the last generation of sewing machines Singer produced before it started to introduce cheaper plastic parts. It is all metal and gear driven (no belts) and meant to look new age and spacey like a rocket.

The decorative and utility stitches are made by bumpy cams that are read by little arms called followers that trace the cam shape to move the needle.

An old sewing machine guy once told me that cam stitches are the most regular and beautiful of all speciality stitches.

I find the way this works fascinating.

We all spend all our lives now using devices about which we have no knowledge of operations. We have passed all that over to mysterious strangers.

We depend on things we can never understand.

That's a new gap or gulf in our lives we never think about.

Some folks had trouble with that divide.

I remember my late father-in-law used to call my husband with software problems with this computer (like he couldn't get email to work).

"I have my screw driver right here," he would say. "Now what do I do?"

It seemed to me as I happily worked cleaning and oiling the Rocketeer, and applying grease to the gears, that sewing people still occupy that divided place in modern society and that we thrive there.

Think of all the people who dress everyday in clothes made by people they will never meet with methods they have no knowledge of.

So here are is a video of the Rocketeer rocketing along and with the cams in operation: