I have had a great week in Tennessee with much to report.


I really have a huge backlog of Patternreviews to do but first of all I want to just show you how these patterns are working out on me.


I think it would be helpful to know more about the body shape I am sewing with so you can put the fit into perspective. I really have no shame: 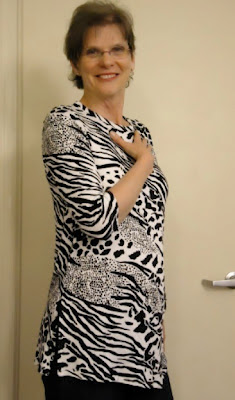 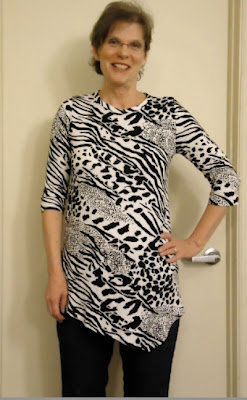 Fabric:
Nice rayon knit from Fabricmart. I am kicking myself for not bringing more of my stash with me. The print is a little loud but I think the diagonal lines are slimming.
Pattern alterations: None except for 2" added on that I wouldn't do again - these patterns are already pretty long. Note I did not do a FBA and am pleased with the fit, fitted through the chest (I made a size 12) but full enough through the bust. I suspect Style Arc grades more intelligently than some other pattern makers. Note the narrow sleeves, not an issue for me since I have a weak upper body but might be for you.
Construction notes:
OK did as suggested but scrapped the overly complex, in my view, instructions for stabilizing the neckline. Why do this? I have a head.
Instead I measured the neck opening, cut a 3" wide piece with the stretch knit as long as 3/4 the opening and used my now favourite method of applying neck binding:
With a light knit this gives a good clean neck binding that is nice on both sides. I also use the same treatment for woven bands and will take some pictures of that up close.
I will definitely make this top again. Five stars.
Posted by Barbara at 9:43 AM 11 comments:

I am now in Tennessee for a month after a quick over-night in NYC. My time here, and the sewing I will be doing, will be the subject of many other posts (I have already had some hilarious fitting sessions) but before I start that I want to answer a question that has been asked.

Where do you stay in NYC?
Well, since my son is living with two roommates in an apartment in East Village, not with him, although the roommates are lovely. Not quite a place where a middle-aged mom on the sofa, sewing at the only table, or scrubbing down the baseboards would work.
When I first looked at NYC hotels I sort of freaked. $450 a night in the areas I wanted to stay in would have a serious impact on my fabric buying budget.
I was worried.
However, after a few stops and a few good hotels and the realization that NYC is just one very, very, large small town (and I get those) unlike London or even Toronto, which seem to me to be more less human scale, I'm good.
So here are my recommendations, to be taken only as the recommendations of me, no sophisticate, but someone who likes to be comfortable when I am not at home.
In my mind there are two kinds of establishments, dog-friendly and woman-without-her-dog friendly. Also I would only stay somewhere within walking district of fabric.
1. Dog-friendly and dog-friendly in the Garment District:
Candlewood Suites Time Square:  West 39th

Although this is advertised Times Square it isn't really. It's a short walk away on a smaller quiet street, one of those tall narrow (6 rooms a floor) hotels you get in NYC.
The attributes are:
2. Hotel for the girls, or girl, on the edge of the Garment District:
Hotel Metro  West 35th 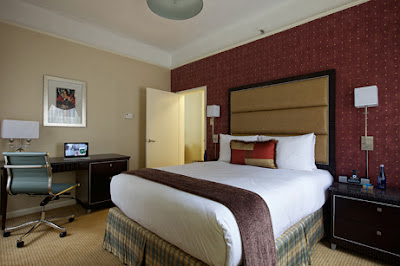 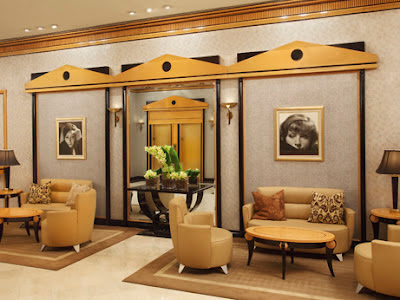 The attributes are:
Speaking of William Shatner traveling has made me think of national identity. Let's just say some countries have given the world Lincoln and MLK, and some countries, like mine, have given the world William Shatner and John Candy.
I think you get my drift. More later, got to resew some bust darts.
Posted by Barbara at 9:36 AM 1 comment: