I am venturing more and more into pattern hack territory. This is something I feel I should do because everyone else is doing it.

If everyone jumped off a cliff would you do it too Barbara?

Well if it was about sewing I would certainly think about it.

Turned out better than I thought.

Here is where this all started.

I decided I wanted a knit dress.

I am going to be with my mother for Mother's Day in a week, first time in a gazillion years, and I thought it was time to have a new dress to go with that.

I had some nice knit from Fabricville down the street, a poly knit that I thought would pack well. I looked through my knit dress patterns and found one I have not yet sewn, this one from Jalie: 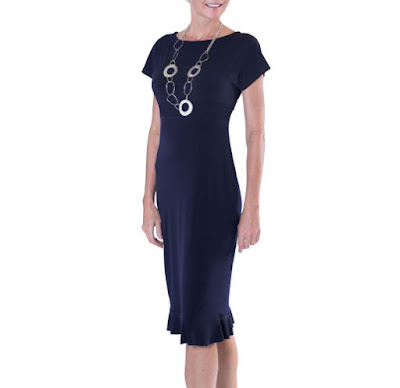 Of course I am aware that I don't look exactly like this model. Even though she is standing still I haven't had a stomach that flat since I was a zygote.

However as discussed previously I am a risk taker.

So moving on I thought I liked this dress but I wish it had the neckline from my current favourite sleeveless top pattern:

So then I had the radical idea to compare the two patterns, both have an underbust seam, and guess what? Perfect match.

This pattern hack business doesn't have to be that hard.

So by using two patterns to make one dress, this is what I came up with. I even made the flounce on the bottom, raw cut edge because it was easier and hung better.

I like too that this dress will work with an sort of stiff ottoman Helene cardigan I had made with sleeves so narrow that it can only be worn over sleeveless tops: 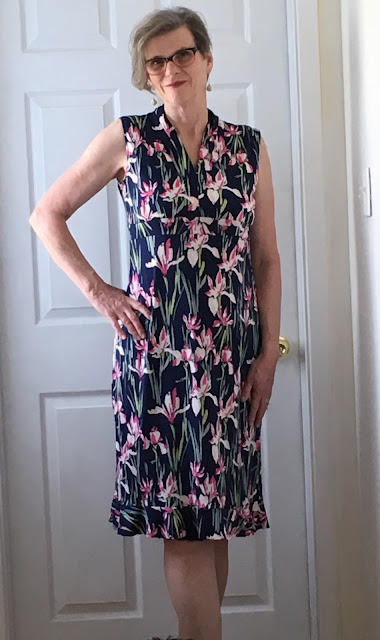 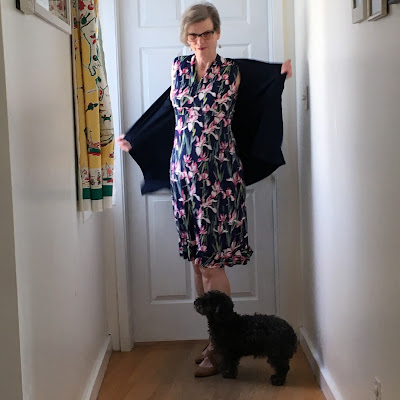 Now all I want is for someone to get married soon because I would like to make this again with some lace in the top and in the flounce (the top is doubled at the front which would be helpful).

Email ThisBlogThis!Share to TwitterShare to FacebookShare to Pinterest
Labels: Jalie